How to overcome judgmental remarks from people when coming out? 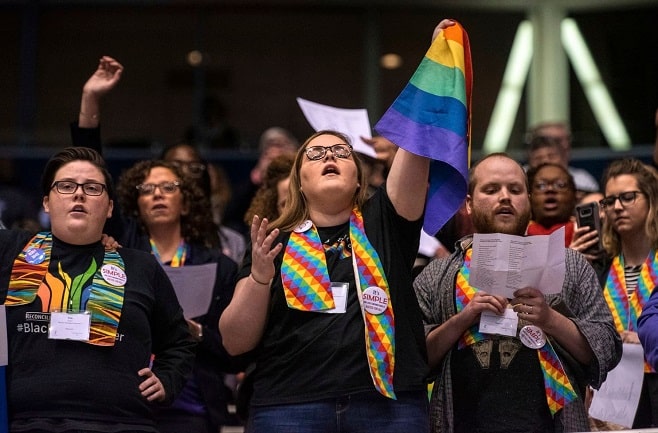 We are a social animal and our actions and activities are bound to attract social reactions. There is nothing wrong in reactions as this helps you get important inputs and rectify your course of action for better and efficient functioning ahead. But what if these reactions and remarks are judgmental in nature passed in rush without any reason and understanding of the situation and circumstance. The brashness and overcritical tone upsets your mood and unnecessarily pushes you in zone of anger, anxiety, and depression. So, how to overcome judgmental remarks? Here are some of the time tested mechanisms to overcome the challenge of judgmental remarks;

First of all, you have understood the psychology and methodology of judgmental person who is always ready in finding fault in your opinion, view, idea, situation, lifestyle or anything else. Secondly, you have to prepare a defense mechanism as you don’t have time to deal with such persons individually.

It is simple to say, but very tough to implement in life. We are wired to respond if nor verbally, then emotionally for sure. First, if all try to understand that judgmental remarks you receive is not in response to your activity, but the personality trait of that person to pass a critical remark to satiate the urge of superiority and dominance. So, you have to master the art of ignoring the remark. It won’t happen instantly, but you have to practice it through a self-actualization process. The moment you will start ignoring it will go out of your perceptual personal space. So, you will personally remain untouched, even if there is a bombardment of judgmental remarks. It is in your hand to control your sufferings from the judgmental remarks. Nobody is born judgmental but conditioned by surroundings to be one after a long period of exposure to judgmental bombardments from parents, teachers, peers, etc. So, you have to understand the psychic state of attention-seeking through critical remarks of the person and respond accordingly with some empathy. You cannot cure them, but your compassionate approach towards them as sick mind will help you remain untouchable from the remarks.

We evolve to be a better person through learning. Know them and their behavior in the spirit of learning. The moment you know about them you remove all perceptual barriers and start negating the existence of the person and the remark in your mind space. You have to decide whether you want to engage with the negative behavior with the negativity or you will let it pass. A smile is more than enough to make every critical remark neutral, so chose your response mechanism accordingly.

The logic of “attack is the best defense” won’t work with judgmental people as they feed on your negative response as this gives them a sense of pleasure in hurting you deep inside. We are conditioned to respond, but we are trained to control the response as well. So, don’t feed them as they get more power from it. In one line, don’t sink with them as they are on the path of decline through negativity. You should better focus on positivity and rise above the response mechanism.

As said above, judgmental people are so because they themselves are a victim of excessive judgments so they perceive the world accordingly. But the point is why I should suffer because someone else is victim of some kind of prejudiced surroundings. The answer is simple you are part of the same society and you have to face it. Your intellect tells you to learn show empathy, ignore and move on. So, the remedies lie in looking beyond the obvious and plan your response mechanism accordingly.

Treat Them as Child

Just like kids, judgmental people lack the skill to filter to segregate good from bad as they don’t apply logic in visualizing the likely response from the person. Kinds don’t know what is condom and they might ask you about it, similarly, a judgmental person might ask you why you like using pink undergarments in your ad photoshoot lingerie brand. Do you really need to respond? Just like kids, if you won’t respond s/he will repeat it everywhere accordingly to deal with judgmental people you have to be smart in answering. What if you are not in the position of control and the judgmental person is your immediate boss whom you have a face one-third of the time of your life. Then you are in living critical care unit and none but you can save yourself. The best possible strategy is to learn to ignore and focus on positivity. Tough task but practice it until you have an effective exit plan. One thing you must do is never ever try to change the persona; otherwise, you won’t ever know when you become the one.

A judgmental person is the person of circumstances. You should be thankful to your parents for giving you the environment that wasn’t judgmental at all. Idea is to have an element of positivity in worst of the situations so that you could find the way out of the situation and lead a beautiful and prosperous life. Life is too short to be wasted in judging people in negative manner. Just be what you are and people will love you for that only.

If you have the option, then the best possible strategy is to avoid a judgmental person. But what if it is your mother is your professor or your boss? In such scenarios the next best strategy is to accept it and then learn the art of remain untouchable. One practical approach is to avoid face-to-face interaction as this gives them immense pleasure. You know people who are positive, so be in their company and energize your mid-body and soul. The key to being happy while facing judgmental people is that you have to understand that there is only one fact and rest all are just opinion. You know your own facts so why to bother about opinion. Is there anything bigger than the truth itself? People are judging you based on their own understanding of the situation and availability of the information, but in best possible case you should embrace positivity and negate the negativity as you have several other goals that are more important than dealing with judgmental peoples.

The rule of the game of overcoming judgmental remarks is simple, don’t fall in the trap of negativity and play on the front foot of positivity and facts. Don’t give them the pleasure of hurting your feeling as they cherish it most. But in doing so try and understand their psychic state and show empathy so that they could keep the critical attack under limits.

Gay Relationship Mistakes That You Should Avoid